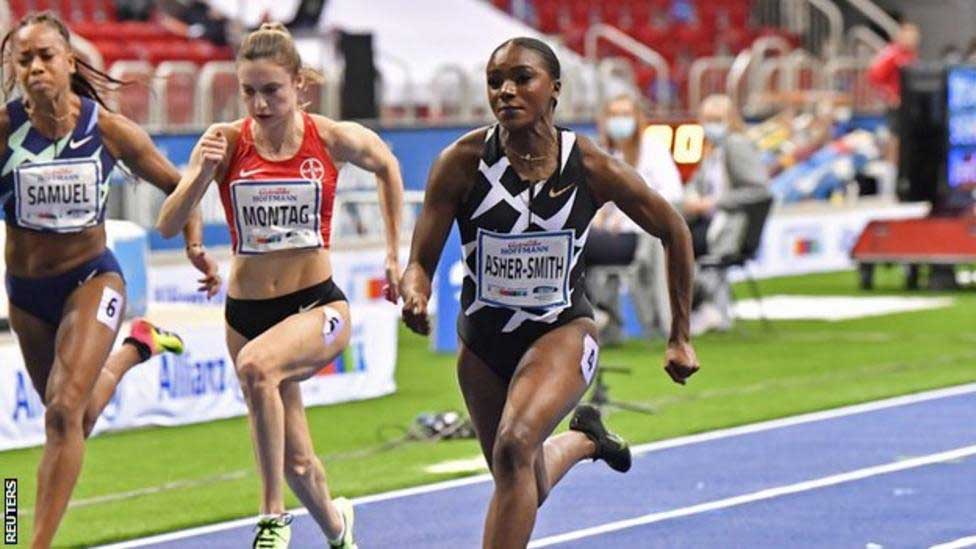 Despite the lockdown causing nearly all sporting events to be cancelled, Blackheath & Bromley athletes have managed to find places to compete albeit abroad and here are some of the early indoor season efforts from Europe and the US.

Dina Asher-Smith, having not raced indoors in recent times, ran a 7.08 in the 60m sprint to equal her pb in winning the World Athletic Tour Gold event on Friday in Karlsruhe in Germany, and two days later in Dusseldorf clocked a useful 7.12 to win the ISTAF indoor event.

In the US, the club has many athletes studying at numerous Universities across the country. At College Station in Texas on the 16th January, Immanuela Aliu clocked 7.38 over 60m, and Lewis Mills ran 8.45.04 over 3000m, and on the same day in Ann Arbor in Michigan, Marcia Sey clocked 24.57 over 200m and 8.39 over the 60m hurdles.

Adam Gemili was also in the US and he clocked 6.81 over 60m in Fayetteville, Arkansas on 24th January.

On 31st January, Zara Asante leapt to 11.93m in the triple jump at an event in Lyons in France.