Euro Under 20 Gold Medals and YDL Victory at Erith 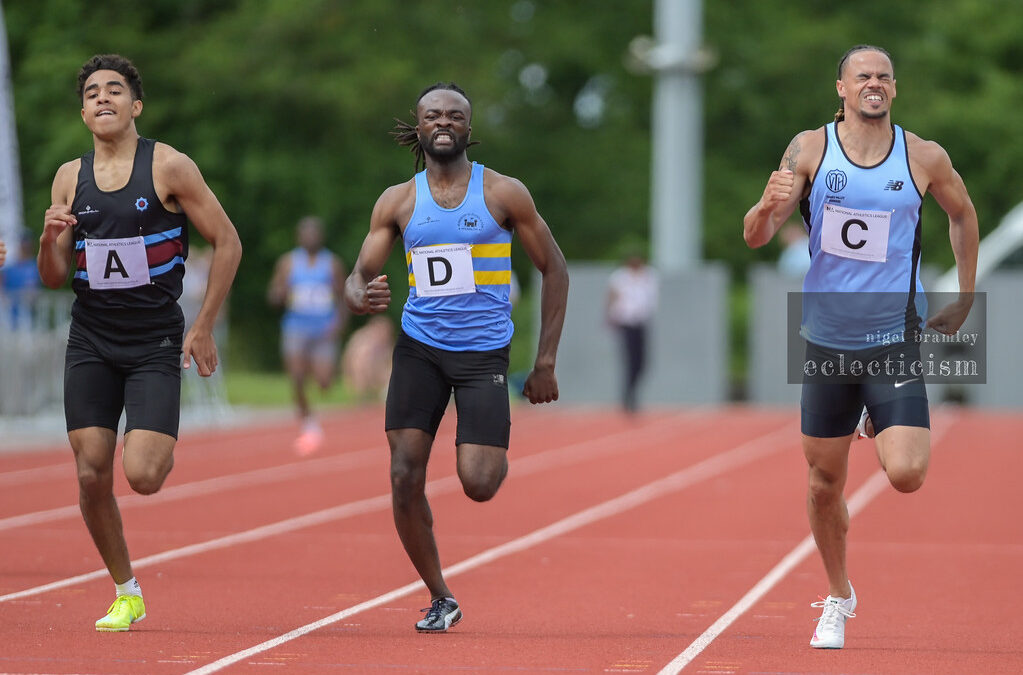 The Great Britian men’s 4x100m, women’s 4x100m and men’s 4x400m relay teams triumphed in Tallinn after three exceptional displays from the British quartets at the European Under 20 Championships, both with Blackheath and Bromley athletes in the teams.

There was a dominant performance by the men’s 4x400m relay quartet as they won a gold to officially confirm Great Britain and Northern Ireland’s place at the top of the medal table. They did so in a world U20 leading time of 3:05.25.

Similar to the heats on Saturday, Brodie Young ran a superb first leg with a split of 47.31 to hand over the baton to Samuel Reardon (Blackheath and Bromley) in the lead. Reardon, who ran a 46.1 split in the heats, ran 46.2 in the final to give Charlie Carvell (Stuart Hamilton, Telford) a significant advantage as he embarked on the penultimate leg.

It was GB&NI’s first European U20 title since the 2009 edition in Serbia. Reardon, who took on leg two, added, “During the whole thing I was just thinking that I need to get into the middle so it would be easier and quicker for the boys, and I did my best to do my part.”

Moments later the men’s 4x100m relay delivered a special performance to win the gold medal at the Kadriorg Stadium, the first title for the team in the event since the 2003 edition of the Championship.

The same line-up had run a European U20 lead time in the heats earlier in the day, crossing the line in a time of 39.68, and once again produced a phenomenal performance to be crowned the Kings of Europe.

Joseph Harding once again got a rapid start out of the blocks to give Jeriel Quainoo (Blackheath and Bromley) a great position on leg two. As he motored down the back straight, the British team looked on course for the gold medal, and as Quainoo handed over to 100m champion Toby the squad had the title in their sights.

(Ethan Wiltshire) was once again on the anchor leg and expertly pushed the team onto victory from the Netherlands and Italy in a time of 39.74. Quainoo added, “I’m grateful! Grateful for the boys for bringing it home. I wasn’t slowing down any time soon. As soon as it was my turn I attacked as hard as I could.

Closer to home at the YDL Younger Age Groups BBHAC won match two at Erith with 495 points with Medway a distant second on 380 points.

There were many outstanding performances including wins in the under 15 boys 80m hurdles for Andrew Nikoro and Rayhan Mourtada both in 11.6, and in the under 15 girls Daisy Snell won the 75m hurdles in 11.5 and set a new club age group record in the long jump with 5.65m in winning that event as well.